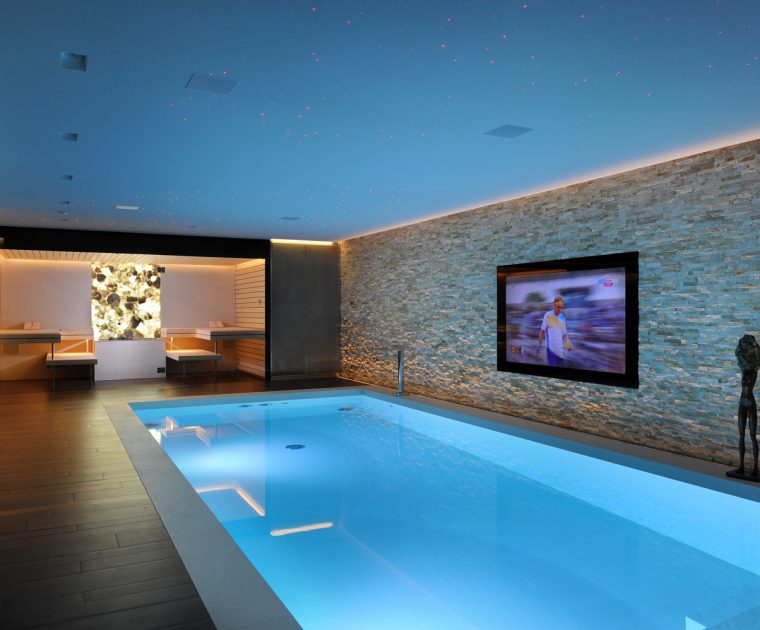 In the summer of 2015, Tennis Centre Meppel’s TL lighting was replaced with EVAline sport LED linear lighting by EVA Optic. Since then, its six indoor tennis courts have been illuminated with tilted light modules on the adjacent platforms. This well-considered purchase meets all expectations, as you can see from my conversation with Silvester Jorna and Arjen Bijsterbosch.

Having recently returned from a business trip to Asia, Silvester Jorna, tennis trainer and owner of TennisMeppel, welcomes me to Tennis Centre Meppel. Jorna started his own tennis school at Tennis Centre Meppel in April 2015, but has been a tennis trainer at Meppel since 1977. As former head trainer and coach at MLTC, he has experience in all facets of an association and has coached at several competition levels, including the premier level. The highlight was a wild card game at Roland Garros for the then 16-year-old Noelle van Lottum.

When I ask Jorna about the reason for replacing the old TL lighting, it turns out that the lighting was causing glare on one of the tennis courts. Jorna: ‘A few years ago, Tennis Centre Meppel expanded from three to six tennis courts, and an extra facility was built. The lighting back then was based on what was necessary for the premier level, at which we were playing. There was a lux value per m² determined for that. When the lighting calculations were made, it was decided to increase the lux value, which later turned out to be too bright. When you were playing tennis in the old facility, you were looking straight into the backlight of the new facility. That was very uncomfortable, and meant that many players didn’t want to play in the “dark facility”. Eventually, it was decided to turn off one third of the lights, but even that was still too much light.’

The difference between the older TL lighting and the LED linear lighting by EVA is clearly noticeable according to Jorna. ‘I think Tennis Centre Meppel’s current lighting is just perfect! The most unique thing about it is that I don’t notice the lighting. Before, I would walk onto the court and would immediately notice that the lighting was on. When I walk onto the court now, I don’t notice that I’m playing in artificial light. It feels like daylight to me and to many of my students. No matter what facility or which court you are playing, the backlight or blinding glare from the other facility is no longer a problem.’

The low glare factor (UGR <19) of EVA’s LED linear lighting creates a comfortable, pleasing light experience. In addition, LED lighting by EVA is flicker-free, so there are no disruptive stroboscopic effects on fast-moving balls. Regular luminaires are not made for this environment and can have a negative influence on the game. Jorna notices a clear difference as well. ‘When you want to smash a high ball, of course you can see the lighting, and it is possible for you look into the light line. Still, EVA’s LED lighting causes much less annoyance than other lighting systems. Not every lighting system can prevent this nuisance. After all, if you are playing on an outdoor court, the sun causes the same problem, doesn’t it?’

Arjen Bijsterbosch, owner of Tennis Centre Meppel, was quick to chose EVA Optic’s LED lighting. In addition to the fact that Bijsterbosch carefully researched several possible products, quality and sustainability were of paramount importance. Bijsterbosch remarks: ‘EVA’s LED lighting has already resulted in 30% energy savings for Tennis Centre Meppel over the last year and a half. In addition, I find it important to collaborate with local companies whenever possible. When service was required, EVA has proven itself by solving any issues quickly.’

Silvester Jorna praises EVA Optic as well. ‘Some time ago, one of the luminaires had tilted. Within an hour, a service technician was on site, and it was fixed during my training, without any disturbance. That is, of course, one of the advantages of local companies, but the service in itself was also perfect!’

EVA’s LED linear lighting has caused players to deal with the lighting in a different way according to Jorna. ‘When I walk into another tennis facility, I immediately notice the difference when compared with Tennis Centre Meppel’s lighting. For a while, I taught in a tennis facility where there were light boxes at every court instead of the nice EVAline system by EVA Optic. Then you notice, when there is nobody playing on the court next to you, that you’re are looking into a dark hole. With our previous lighting, that was the case as well. You would rent a court, and only that court would be lighted. Most of the time, we would also turn on the lights of the court next to it, which is obviously not energy efficient at all. Because of EVA’s LED linear lighting, that’s no longer necessary. Half of the court next to you is lighted automatically. I no longer see any lighted tennis courts without players.’

The current lux values of EVA’s led lighting in Tennis Centre Meppel were calculated for both professional and recreational players. Because of EVA’s LED lighting, it is now possible for Tennis Centre Meppel to organise big tennis tournaments. ‘In the past, because of the lighter facility and the darker facility, we couldn’t place a top tennis player or tournament in the darker facility. Now, because all of the courts are uniformly illuminated, our offer has expanded. This gives us more flexibility and no longer causes any animosity amongst players about who gets to play on which court,’ says Jorna.

This site uses cookies. Some of them are essentials while other help us improve your experience.